THE EFFECTS OF ECONOMIC VARIABLES ON HEALTH EXPENDITURE PER CAPITA AND LIFE EXPECTANCY AT BIRTH: PANEL DATA ANALYSIS FOR MIDDLE TOP INCOME COUNTRIES

Income inequality and income distribution issues are among the issues that are emphasized both in individual and national dimensions. With the increase in globalization, the interdependence of countries, income inequalities and their reasons and their reflections on different areas, especially health services, have been the subject of many studies. Literature shows that the relationship between health and income and the effect of income on basic health indicators are tested in line with income inequality and absolute income hypotheses. In this study, the effects of income inequalities and economic variables on life expectancy at birth and health expenditure per capita were analysed using panel data analysis method. This study, using 2000-2019 data, was conducted on middle-upper income and high income countries. As a result of the analysis, it was seen that public expenditure and increases in GDP level had a positive effect on primary health indicators. On the other hand, it was determined that the increase in unemployment rate and Gini index values had negative effects on health indicators. Last of all income factor both in individual and social dimensions have a significant effect on life expectancy at birth and health expenditure per capita. 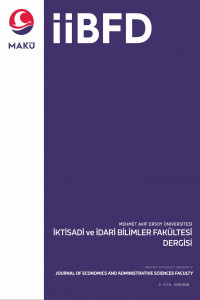