This paper deals with an inverse problem to determine a space-dependent coefficient in a one-dimensional time fractional diffusion-wave equation defined in heterogeneous medium with additional boundary measurement. Then, we construct the explicit finite difference scheme for the direct problem based on the equivalent partial integro-differential equation and Simpson's rule. Using the matrix analysis and mathematical induction,  we prove that our scheme is stable and convergent . The least squares method with homotopy regularization is introduced to determine the space-dependent coefficient, and an inversion algorithm is performed by one numerical example. This inversion algorithm is effective at least for this inverse problem. 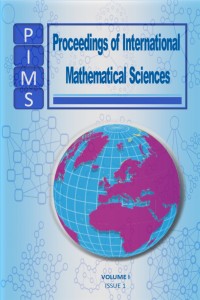 The published articles in PIMS are licensed under a Creative Commons Attribution-NonCommercial 4.0 International License.