Annulment of Awards in ICSID Convention

The legal remedies against an award granted by an arbitral tribunal in international investment arbitration pursuant the Convention on the Settlement of Investment Disputes between States and Nationals of Other States (“ICSID”) are regulated in the fifth section of the mentioned Convention. Annulment procedure against an award is stated as one of these legal remedies. During this study, firstly, general information about annulment procedure of an award will be presented. In this part, the application process for annulment of an award will be explained. The grounds for annulment will be analyzed in the second part of the study. While analyzing the grounds for annulment, focus will be given to manifest excess of powers, serious departure from a fundamental rule of procedure and failure to state reasons by examining the precedent annulment decisions and commentaries of scholars. Regarding this part, the study will attempt to puzzle out the meaning of the terms of “manifest”, “serious”, “fundamental” and “failure”. The subheading for the ground of the improper constitution of the tribunal will include information about the proper constitution of an arbitral tribunal, thus making it clear how to abstain from giving cause for annulment due to this ground. The remaining ground for annulment, i.e. corruption by a member of the tribunal, due to lack of case law, will mainly give attention to the term corruption. Lastly, the corollaries of an application for annulment will be stated in the final part of the study. 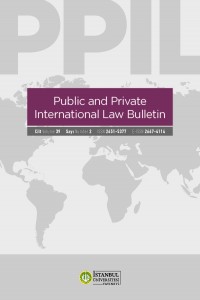