The Performance Evaluation of Image Matching Techniques within UAV Images

The process of producing the orthomosaic image can be done in two different ways: image mosaicing and image stitching. In image stitching, there are small overlaps between images in which the images are put together. In contrast, image mosaic requires extended overlaps and a blending of several images. In this study, used images grouped by inclination are also classified according to the type of UAV used. This classification is based on the wing type of the UAS. “Rotary-Wing UAV” and “Fixed-Wing UAV" are selected as two different types at the test field. Images with different characteristics were used to produce mosaics from the algorithms. The first performance preferred a flight height of 30 m (Ground Sample Distance, 0.82 cm/pixel) with the frontal overlap of 80%, and the second performance preferred a flight height of 60 m (GSD, 1.64 cm/pixel) and same overlap. 10 images from both studies were combined in all algorithms. According to the results produced from the mosaics of these images, for rotary-wing UAV (SURF, BRISK and FAST), the algorithm run times were determined as 76.5 minutes, 11 minutes and 1839 minutes. Also, for fixed-wing UAV (SURF, BRISK and FAST), algorithm run times of 238 minutes, 95 minutes and 3350 minutes were determined. In this study, it is aimed to mosaic outdoor images taken with two different types of UAS by feature-based transformation algorithms such as SURF, FAST and BRISK. In case, mismatches have been observed and the mosaics produced after a very long process are unsatisfactory. 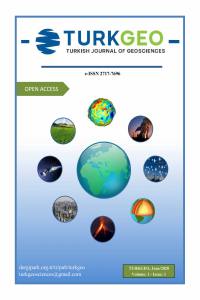