Occurrence and Distribution of Entomopathogenic Nematodes (Steinernematidae and Heterorhabditidae) in Ordu Province, Turkey

During 2009-2010, a survey was conducted to investigate the presence of entomopathogenic nematodes (EPNs) and to characterize the species in Ordu province, Turkey. In total, 156 soil samples were collected randomly from different cultivated and non-cultivated areas. Soil samples were tested for the presence of Steinernematid and Heterorhabditid nematodes by baiting with Galleria mellonella larvae. From the total of 156 soil samples, 8 (5.1%) samples tested were found positive for the presence of EPNs, containing the genera Steinernema and Heterorhabditis. Morphological characterization and sequence analysis of the ITS regions of ribosomal DNA allowed the identification of EPN isolates. Four Steinernema spp. were recovered including S. feltiae, S. carpocapsae, S. kraussei and one new undescribed species. Among the Steinernematids, S. feltiae was found the most common species. Heterorhabditis bacteriophora was the only Heterorhabditid recovered during this survey. H. bacteriophora was only found in a corn field while Steinernema species were present in hazelnut orchard, forest, potato field, rangeland and wheat field. 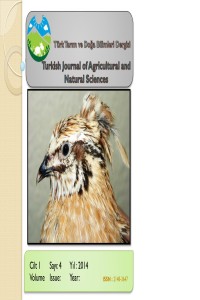