The Investigation of the Relationship between Personality and Patterns of Facebook Usage: A Review Article

Today’s world, the use of Facebook has become more common among people. There are almost 1.4 billion Facebook users all over the world and 32 million ones at Turkey. The aim of this review article is to investigate the relation of Facebook usage with users’ personality traits (extraversion, conscientiousness, agreeableness, openness, neuroticism, shyness, narcissism). The aim of current study is to investigate the findings of studies taking account the relation between Facebook and shyness, narcissism, Big Five personality- extraversion, openness, consciousness, agreeableness, neurotic- holistically. Within the framework of this research, different concepts like ‘Facebook users’, ‘Facebook and personality’ and ‘Facebook users’ personality traits’ were searched via different databases. According to results of related researches, patterns of Facebook use differ in terms of users’ personality traits. It was found that, extraverted users spend more time, have more friends and share more themes in Facebook. Although individuals who have conscientiousness personality do not often use Facebook, they use often message service. While open individuals share their special information and photos, agreeable ones don’t share, but they comment friends’ sharing to contact with them. Also it was found that neurotic individuals’ patterns of Facebook use are inconsistent. Narcissist people share attractive photos and information. Shy people are passive users of Facebook, because they just watch their friends’ sharing. As a conclusion, Facebook can be used to make contact with lots of people. Moreover, social networking sites like Facebook can be constructed and various opportunities can be provided for people to meet their various needs and aims. 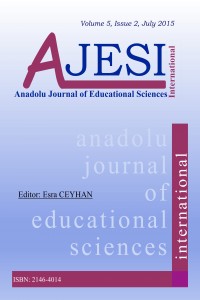