Researchers examine assumptions before performing most hypothesis testing. A common assumption is that the data are normally distributed. However, normality tests and descriptive statistics often create dilemmas for researchers, making it difficult to decide whether the data is normally distributed. The aim of the study was to compare univariate normality tests (Anderson-Darling, Cramer-von Mises, Jarque-Bera, Kolmogorov-Smirnov, Lilliefors, Pearson chi-square, Shapiro-Francia and Shapiro-Wilk) and descriptive statistics used for normality (standard values of skewness and kurtosis coefficients, skewness coefficient/standard error) according to the value of skewness, sample size, and the continuous-categorical status of the data. The research was a Monte Carlo simulation study. The simulation conditions were determined by the skewness coefficient (-2.5, -1.0, 0.0, 1.0, and 2.5), sample size (20, 30, 50, 100, 500, 1000, and 5000), and continuous or ordinal (number of categories 2, 3, 4, 5, and 7) status of the data. In the study, 210 simulation conditions were studied with fully crossed design. The evaluation criteria were determined as type-1 error and power. As a result of the research, it was determined that Jarque–Bera, the standard value of the skewness coefficient, skewness coefficient/standard error and the standard value of the kurtosis coefficients showed a better performance in terms of type-1 error. In terms of power, there was decrease in the power of all methods when the sample size was small, the data type was continuous, and the skewness coefficient was -1 or +1. 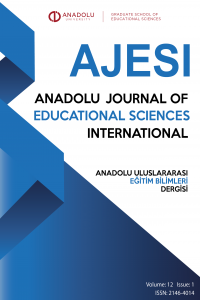