Turkey is between three major tectonic plates, is the most active area of the Mediterranean region in terms of earthquake activity. Relative motions between the African, Arabian and Eurasian plates account for most of the tectonic activity in the region. As a result, the Anatolian plate has a high danger for seismicity. This consists of the North Anatolian Fault Zone (NAFZ), East Anatolian Fault Zone (EAFZ) and SE Anatolian Thrust Zone which form the borders of the Anatolian Plate and important active fault segments throughout Western Anatolia. All these active faults cause a short time intervals intensive damages in Turkey earthquakes. In order to investigate and to real-time monitor the seismic activity and seismotectonic of Turkey and its vicinity, The Kandilli Observatory and Earthquake Research Institute (KOERI) of Bogaziçi University and AFAD operates seismic stations countrywide. Observatory has been supplying mainly 3 kind of seismological data: phase readings, waveform and catalogue to the earth scientists in Turkey. Earth science studies have an important contribution to the emergence of earthquake hazard. The evaluation of the data receiving from the seismic stations contributes to the determination of earthquake hazard in detail, and to contribute to the minimization of the risks of the earthquake by developing earthquake catalogues. Also, all of the earthquake parameters after the earthquake, automatically distributed and mapped. After an important earthquake, KOERI and AFAD is quickly sent information from the smartphones to the society and the decision-making institutions carrying out disaster studies. 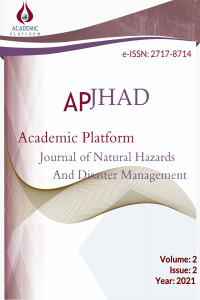