This article is about how eternity is understood in "open theism", which opens an important area of discussion in the analytical philosophy of religion on the compatibility of the God’s knowledge and human freedom, and basically points to the temporal openness of God. Open theism interprets eternity as divine temporality. In divine temporality, God is not a timeless being as in classical theism, he is also in time, past, present and future also apply to God. According to open theism, there are plausible reasons to accept this view rather than the divine timelessness. In this study, it is examined why open theists do not accept divine timelessness. For this, firstly, how open theists defend the A-theory about time is discussed. Then, the view that God's personality and acting qualities, which are fundamental in theism, are more consistent with divine temporality, and that there are some incomprehensible views about God's knowledge if timelessness is accepted, were evaluated. In this study, which includes two difficult issues such as time and the qualities of God, it is understood that the basic issue is that the problems and solutions are shaped according to the understanding of time, which is accepted in the first place. 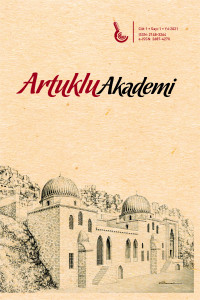