A NEW ACTOR IN IMPERIALISM: CHINA AND ITS RELATIONS WITH AFRICAN COUNTRIES

Throughout the last four centuries, some countries with advanced military power and expansionist ambitions have been increasing their influence over other states and regions in order to exploit the resources available in these geographies to strengthen their own nation or empire. The division between imperialist states and exploited ones has become more visible and the gap has been becoming wider. Africa has been suffering from the attacks and invasions of numerous European states. Countries such as Portugal, Spain, France, Great Britain and the Netherlands have been attracted by rich natural reserves in the continent and they were advantageous in terms of relative military strength. China, however, adopted a different strategy, partially linked to its national identity and cultural dimensions. This article will introduce different lenses to the readers by combining the Western and Chinese points of view, and will try to picture the extent of China’s imperialist ambitions within the continent.

The Journal of Asian Studies International Social Science, Peer-review Published. Spring and Autumn to be published two times a year. 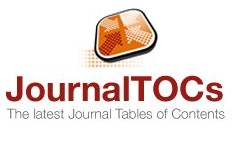