Inequality, Social Policy and Politics in Brazil: The Case of Bolsa Família

Bolsa Família, Brazil’s conditional cash transfer program based on public participation in basic education and health care, is an exemplary anti-poverty program that has been studied extensively in the relevant literature. Although the program did not lead to a significant change in terms of social mobility opportunities in Brazil, where deep-rooted and permanent inequalities persist, it has had a significant impact on issues such as the fight against extreme poverty and the participation of girls in education. This paper discusses Bolsa Família in the context of inequality and the politics of social policy since its inception, and intends to reveal the characteristics that make it resistant to changing political and economic conditions and the factors that may make it vulnerable. In this framework, academic and non-academic literature on the subject were reviewed. The program has remained sturdy due to its low cost, the continuous need for poverty reduction, the potential political cost if the program is abolished, and its robust design. On the other hand, negative perceptions of Brazilian society towards the poor and social assistance, and scepticism regarding the rights-based nature of the program indicate some vulnerabilities. Bolsa Família was also targeted in the anti-government protests in 2013 on the grounds of clientelism and vote-buying allegations, further illuminating its vulnerabilities. These protests reflected moral anger based on a belief that the program fosters degeneration and corruption, and this anger found response in electoral politics with the rise of right-wing populism. 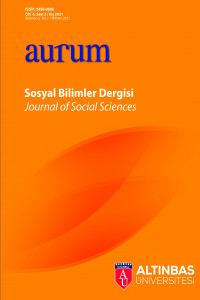