China, which has left behind the fortieth year of the "reform and opening out" policy that started in 1978, has  become the motor power of the world economy. “The Belt and Road Initiative” which was launched by China's President Xi Jinping in 2013, is expected to affect at least two thirds of the world's population and about 70 countries. The Initiative aims to establish a trade and infrastructure network linking Asia to Europe and Africa through land and sea. "The Belt and Road Initiative", China's modern silk road, aims to integrate the countries’ economies in the past route into the rapidly developing Chinese economy.

China's modern silk road project has potential to lead to structural changes in the Turkey-China relations. The Belt and Road Initiative will enable relations between the two countries to reach a higher level. In this study, the importance of the Belt and Road Initiative in development of Turkey - China relations will be analyzed. In this  context, the opportunities and threats created by the initiative will be evaluated.

Comparison of the People’s Republic of China and The Republic of Cuba: Constitutional Systems and Changes in the New Order

Belt and Road Projects and Effects on Turkey 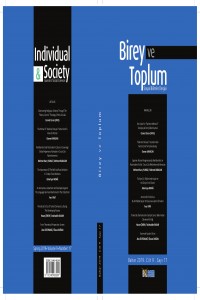