Nutritional habits have changed constantly throughout the evolutionary process of man. Early hominids, while using only the nutrients in their surroundings as a hunter-gatherer, had different processes regarding nutrition with the use of stone tools first and then the presence of fever. Early hominids fed herbivore in general at the beginning of the process lived for a long time in forest areas due to environmental conditions and therefore did not need to take different nutrients. However, as time progressed, climatic changes and the decrease in food sources accelerated the search for new foods and caused migration to different regions. During these migrations, hominids, who had to move from the woodland to the savannah, try to adapt to their new life, and have to get used to less food sources in the savanna from the abundance of plants in the forest. As a result of the presence of more meat than the plant in savannahs, hominids turned to increasing their hunting skills and a diet containing more animal protein. It is likely that hominids initially had some difficulties during the conversion to animal protein, because their bodies may have reacted differently to this new food because they are not used to raw meat. But over time, their bodies managed to adapt to this new situation and even gained a meat-based diet. Having started using animal proteins after a completely herb-based diet has also accelerated the growth of human brain capacity. Proteins and vitamins, which are found in meat more than plants, are extremely important for the structure, development and growth of the brain. In the period after the discovery and control of the fever, animal protein consumption increased even more. In this article, the eating habits of Paleolithic Age people were first examined, and then detailed from Anatolia and the world. 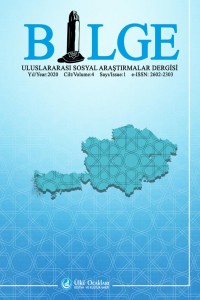