Group of Coins from the Artuqid Period in Şanlıurfa Museum

Şanlıurfa, one of the most developed cities of the Southeastern Anatolia Region, is adjacent to Diyarbakır in the northeast, Adıyaman in the northwest, Syria in the south, Mardin in the east and Gaziantep in the west. Dating back to the Paleolithic period, Şanlıurfa has gained an important place with the recent excavations in terms of world history and art. In history, Şanlıurfa is one of the oldest settlements of the region, which was called the Mesopotamia. The excavations in Göbekli Tepe, located in the village of Örencik that is close to the city center of the region, which has hosted many civilizations throughout the ages, resulted in the rewriting of the history, art, social and cultural history of the mankind. The architectural structures, which were excavated in Göbekli tepe and dated back to 10000 B.C. by the researchers, have turned out to be important discoveries in terms of architecture and history of art. Therefore, with the idea that all works carried out in such an important region would be valuable, a group of coins belonging to the Artuqid period in the Şanlıurfa Museum were introduced and interpreted in terms of art history. 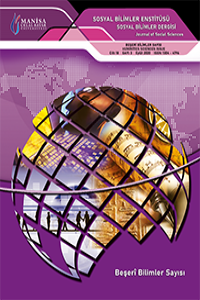