Inadequate Use of Facebook as an Interactive Tool with the Dimensions of Participation, Feedback and Responsiveness for Corporate Communications: A Survey on Airline Companies with Domestic Capital in Turkey

Technological developments have grown quickly, thanks to the internet and web-based applications. They have changed the means of communication and created an interactive environment that enables new ways of developing relationships between corporations and their target groups. Today, social media, especially social networking sites, have penetrated into every area of social life, creating even more interactive communication between corporations and target groups. Thus, it is useful to determine how Facebook, the largest and most popular social networking site, can be best used by corporations as an interactive medium. For that reason, firstly the purpose of Facebook use and contents of Facebook posts need to be examined and then the interactivity component should be researched. That is why the study, which aims to examine Facebook use by airline companies with domestic capital operating in Turkey, has been arranged in two parts. The first part of the study, entitled “A content analysis of Facebook posts by airlines companies”, was published by the researcher and revealed that Facebook was mostly used for publicity and promotion (Türk, 2018). As a follow-up study, this study is the second part, whose aim is to determine whether Facebook is used interactively. The Facebook accounts of six different airline companies were analyzed through a content analysis technique and the data colleted  were analyzed through descriptive statistics. The results reveal that corporations are unable to use Facebook adequately for corporate communications, since they are ineffective in encouraging users to participate in Facebook with the contents they share, to provide a cycle of feedback by asking questions and to respond to the questions and comments of the users. 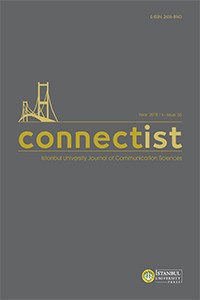