In the classification of Turkish languages and dialects, classifications made according to the geographical location and sound characteristics of the regions where Turks live in general come to the fore. The density of migrations in the history of Turks and the fact that they have come across different cultures make classification even more difficult. While Altai, Khakas and Tuvan Turkish are included in the classifications of the Northeastern group dialects, Yakut (Sakha) is also included in this group in some classifications (see Killi, 2002; Özyetgin, 2006 et al.), and in some classifications, it is considered as one of the distant dialects of the Turkish language together with Halac and Chuvash (see Kirişçioğlu, et al. 2018). Nevertheless, the relationship of Yakut language with this group has been underlined in many studies. This study has two purposes. First; The comparison of Altai Turkish, Khakas Turkish, Tuvan Turkish and Yakut language in terms of various criteria, and the second one is to calculate the edit distances between Altai Turkish, Khakas Turkish, Tuvan Turkish and Yakut sentences and Turkey Turkish sentences. In this context, it is aimed to provide an interdisciplinary contribution to the classification of Turkish languages. According to the findings, Yakut words are significantly longer than other Turkish dialects. This may be due to the repetition of long vowels in Yakut. The high correlations detected among the studied dialects are a numerical finding parallel to the Northeastern language classification of these dialects based on geography and interlingual sound equivalence. As a result of the entropy analysis, the lowest entropy and the highest perplexity values were obtained for the Yakut texts. This finding emerged as a result supporting both the acceptance of Yakut as one of the Northeastern dialects and keeping it separate in classifications. In addition, the examination made in terms of Levenshtein distance also agrees with this view. In addition, the figure revealed by the multidimensional scaling analysis gave the same result as the majority of the other findings, and strengthened the thesis that Yakut language was significantly different from Altai Turkish, Khakas Turkish and Tuvan Turkish. 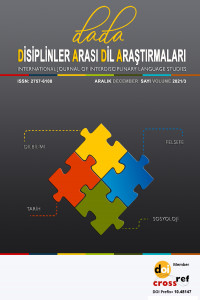