Diagnostic role of platelet indices and leukocyte count in pseudothrombocytopenia

Objective: This study aimed to evaluate whether platelet indices and leukocyte count predict the diagnosis of Ethylene Diamine Tetra Acetic Acid induced pseudothrombocytopenia (EDTA-PTCP) and differ this entity from immune thrombocytopenia (ITP). Methods: One-hundred and sixty-nine individuals (52 patients diagnosed with EDTA-PTCP, 52 patients with newly diagnosed ITP, and 65 healthy individuals) were included. Demographic data and complete blood count (CBC) indices were compared between groups retrospectively. Results: Age and sex distribution were similar in all groups. Between EDTA-PTCP and ITP groups, no difference was found for absolute leukocyte, neutrophil, lymphocyte, and monocyte counts as well as hemoglobin level, red-cell distribution width (RDW), and platelet distribution width (PDW). The median mean platelet volume (MPV) of the ITP group was found to be higher than the control and EDTA-PTCP groups (p<0.001 and p=0.001, respectively, 95% confidence interval; 2.52-4.45 and 0.56-2.6). Conclusion: The results support that low platelet count in CBC may be a false result due to EDTA. Thrombocytopenic patients who have no bleeding symptoms and with normal MPV should be evaluated for EDTA-PTCP. This evaluation can be made by a peripheral blood smear or CBC in a blood tube containing other anticoagulants than EDTA (such as citrate or heparin). Therefore the increase in MPV may indicate a diagnosis of ITP rather than EDTA-PTCP. To make a more definite recommendation on this issue, studies involving more patients are needed.

Diagnostic role of platelet indices and leukocyte count in pseudothrombocytopenia 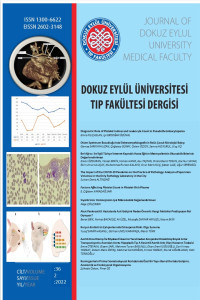