There are many magus whose names are mentioned in the religious texts of the Sassanid reign. In this study, Kartïr and his activities, whose name was not found in Pahlawi books and other sources, were examined. Kartïr’s activities have a crucial place in the institutionalization of Zoroastrianism. He impressed the emperor in Mani’s execution. When there was no strong rival like Mani, he initiated his activities for the institutionalization of Zoroastrianism. Kartïr has written inscriptions on his behalf where the inscriptions of the emperors were located. In these inscriptions, he conveys his resume and what he has done. Accordingly, he worked for the expulsion of Manichaeism and other religions from Sassanid regions. He wanted to prevent the different ideas that arose within Zoroastrianism. He opened herbedestan in order to train mowbed, and established Bahram/Vahram Fires. Kertir’s activities for the institutionalization of religion are only in the inscriptions he left. These activities are not included in other sources. 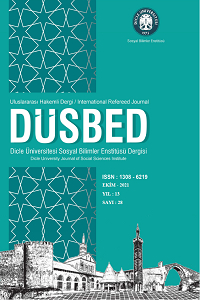