Thanks to mobile technologies, social media and social networking sites have penetrated into our daily lives today. It is possible to be online at anytime and anywhere without waiting to go home or to office to get connected. Facebook, one of the most popular and widely used social networking sites, is increasing its number of users day by day. That's why Facebook is a significant social media environment and companies should integrate their communications strategies with this popular site. Thus, this study aims to reveal Facebook usage of companies in Turkey. For that reason, airlines companies were examined due to their Facebook use range in the web site socialbakers.com (according to November 2016 statistics). Seven airlines companies that have Turkish origins were analyzed within the scope of the study. Their posts on Facebook were coded during December and content analyses of their posts were conducted to understand how airlines companies use Facebook. Additional data, such as number of people following the account and number of posts, was recorded to provide more information about Facebook usage. Findings indicated that contents of the Facebook posts are mainly about sectorial information or news as well as special day’s celebrations. Results also showed that vision perception was densely utilized through photographs and video sharing. 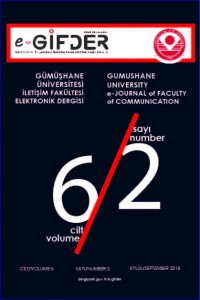