Expressing the concepts that are closely related but separated by some nuances with the same word can cause important problems in terms of terminology. One of the most prominent examples of this in Turkish public administration terminology is the use of the word “yönetim”. This word is used for both bureaucracy-oriented “administration” and managerialism and private sector-oriented “management”. However, when examined in terms of etymological and semantic explanations, it is observed that although these two terms are generally considered synonymous, they differ in some aspects. Therefore, expressing them with the same word under all circumstances has the potential to cause problems in academic and bureaucratic literature. From this point of view, the study focuses on the conceptual confusion caused by the situation in question, and it is suggested to internalize the administration / management distinction to solve them by using the term “idare”, which corresponds to the bureaucracy-oriented meaning. 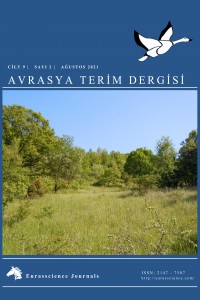