European Journal of Science and Technology

Octopus vulgaris has a wide distribution area and is a common octopus species in the Mediterranean. Determination of the nutritional content of seafood products with economic potential such as octopus is important in terms of both revealing the nutritional quality of this species and revealing their nutritional potential for consumers. In this study, it was aimed to determine the changes in fatty acid profiles and levels in the mantle and arm tissues of common octopus (O. Vulgaris), which was caughted from Mersin Bay. Octopus samples were supplied from commercial fishing boats operating in Mersin Bay for three seasons (winter, spring and summer) in December 2018 - August 2019 period. Octopus samples were kept at -18 oC until instrumental analyzes. Fatty acid analyzes were carried out using Gas chromatography (GC) device. The maximum total saturated fatty acid (SFA), total monounsaturated fatty acid (MUFA) and total polyunsaturated fatty acid (PUFA) levels in the samples examined as a result of the analyzes were determined as 35.80%, 11.73% and 44.20% in the mantle tissues, 38.76, 11.78% and 44.71% in the arm tissues, respectively. As a result of the study, palmitic acid (C16:0), stearic acid (C18:0), oleic acid (C18:1n9), vasenic acid (C18:1n7), eicosapentaenoic acid (EPA, 20:5n3), arachidonic acid (20:4n6) and decosahhexaenoic acid (DHA, 22:6n3) of essential fatty acids detected in mantle and arm tissues for three seasons. Especially in terms of EPA and DHA levels, common octopus that have been caughted for three seasons from Mersin Bay are found to be an important source of unsaturated fatty acids. The findings confirm that the O. vulgaris is an important seafood species in terms of fatty acid levels. 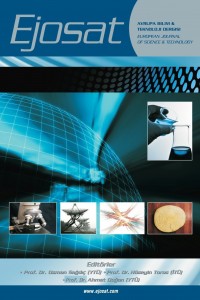