This qualitative study primarily investigates the major reasons behind the teachers’ decision-making skills when departing from their pre-planned lesson plans. This study also aims to explore to what extent teachers’ beliefs and practices of departure from lesson plans are in line with each other. Data were collected through multiple sources including pre-interviews, observations, and post-interviews. Four tertiary level EFL teachers whose teaching experience was ranging from one to three were interviewed initially for the underlying beliefs related to departure from lesson plans. Then they were observed to examine how they depart from their lesson plans. Finally, they were interviewed again in terms of reflective thinking upon observation findings. The findings of the study indicated that four major categorical reasons influenced the teachers’ deviation from their pre-determined lesson plans. These reasons were mainly related to academic concerns, affective factors, classroom management, and timing. The study also revealed that the teachers’ underlying belief systems had a significant role in shaping what they did in their classes, which was examined individually for each participant. Based on these findings, some possible implications corresponding to curriculum and lesson plan design were discussed within the social constructivist theory and humanistic approach. 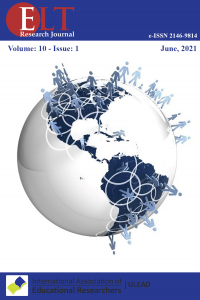