Tentatio as Fallenness and Death as Care: Of Dasein’s Many Faces in Early and Later Writings

Fallenness in Sein und Zeit, is the ontological path one takes to know one’s being, to know oneself, which is the penultimate task of Dasein as Being-in-the-world. As he states in Being and Time, being-in-the-world is always fallen, and “Falling” (Verfallen) or “Fallenness” (Verfallensein) continues to be a “definite existential characteristic of Dasein itself. The concept of fallenness is grown from seeds of tentatio, it is one’s trial to know oneself and temptation of oneself and possibilities: Being-in-the-world is tempting in oneself. The facticity of existence itself is the facticity of life. Fallen, not by choice, into the world is the effect of thrownness into-the-world. The fallenness is also the openness, to the world, to the possibilities. That is why fallenness is the characteristic of Dasein itself. The trial is not necessarily of the negative connotation, but it is also a tempting possibility. To establish the links between the early-Heideggerian temptations, trials and the later conception openness of fallenness is precisely the main task. One additional path that this paper will take is on the links of tentatio/fallenness and death. Fallenness as an existential character of Dasein, is a trial of the world, with the world; a face of infinite possibility/truth/being. This is what Heidegger calls disclosedness and Care. Being-open (disclosedness) is not complete without the “end” of the cycle: death. Thus, openness to death is part of the same ontological existence of the Dasein. The kernels of this thought are already to be found in The Phenomenology of Religious Life. In readings of Paul (particularly in Letters to Thessalonians), of Parousia, of openness and calling to death, in spite of death, are already and not yet formulations of being-towards-death. “Is not human life – trial?” – “is not human life death?” or being-towards- death? Death, as not eschatological but as openness, and care is precisely Jan Patocka’s reading of Heidegger which I will benefit from. Thus, to find the traces of Dasein’s many faces as tentatio and openness in early writings and as fallenness and being-towards-death as Care in later writings will be the overall concern of this paper. 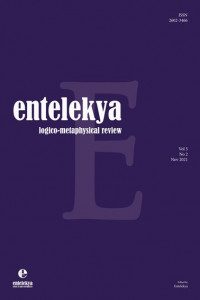