In this study, the effect of socioeconomic status and reading ability, on the presence of gender-related DIF were examined. For this purpose, presence of differential item functioning (DIF) between gender groups in PISA 2015 science items in nine selected countries were detected. One cluster of science items from computer-based assessment (CBA) was taken into consideration. The countries were selected among the ones that implemented CBA, on the basis of their rank in science achievement. Multiple Indicator Multiple Causes method (MIMIC) was used for DIF analyses. DIF analysis in the MIMIC involves fit comparisons of both full and reduced models to determine if the items can measure the latent trait equally among the specified groups. The MIMIC analysis was conducted in two steps. First, the items were tested for exhibiting DIF between gender groups. Then the socioeconomic status and the reading ability were added to the model to test gender-related DIF items and their effects, respectively. According to the results of the study, gender-related DIF appeared in all of the selected countries with between two and six items. In four of the countries, none of the selected variables significantly affected the presence of gender-related DIF. Instead, in the remaining countries, the number of gender-related DIF items was decreased by adding selected variables to the model. The effects of variables which reduced the number of gender-related DIF items were discussed within each country. 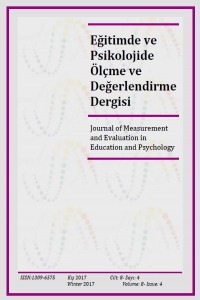