Along with the rapid developments in virtual reality (VR) technology, the number of platforms that enable application development in this area has also increased. The diversity of devices and application development platforms brings accessibility and compatibility issues to the forefront. Nowadays, developed SG applications for education, which devices they are compatible with and from which platforms they are accessible in terms of the virtual application store has become an important research topic. The studies in Scopus and ERIC, published between years 2014-2018 and using VR applications developed for education, were analyzed with a systematic review. Studies were analyzed according to the platforms they have developed, the language of the software used, the supported operating system, and the virtual stores that can be accessed. It was found that in 29 of the studies used VR applications that were developed previously, in 7 studies no information is given about used VR applications, and in 28 studies VR applications were developed. In a significant part of the studies, it was found that VR applications were not developed to be supported by more than one device or operating system, there were ambiguities about accessibility to virtual application stores and different software languages were preferred. As a result of the evaluations, it can be said that accessibility and compatibility problems have found in a significant part of the studies. As a result, it is recommended that VR applications to be used in the field of education to be developed as platform-independent and  compatible with mobile devices to work in different operating systems and devices. 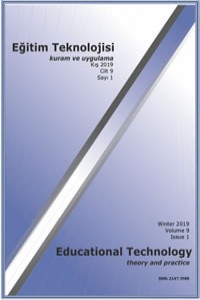