Gördes is a township linked to the province of Manisa. In the year 1412 during the era of Çelebi Mehmed, with the introduction of Manisa and its surroundings under Ottoman rule, Gördes has also joined the Ottoman lands. Gördes, a township center, connected to the Saruhan Sanjak after XVth century, continued this feature until the fall of the Ottoman Empire. Since the beginning of the XVIIth century, the tax of awarid collected in order to compensate for extraordinary situations and the costs of the war, has been one of the taxes that have been permanently taken as a result of the ongoing wars. In the censuses carried out for this tax, the awarid registers were kept. It is known that in the 1640s there was a genereal census in the territories of the Ottoman Empire. In 1642, the etraordinary tax was also carried out in the township of Gördes and an awarid register was prepared. Based on this awarid register, settlements such as neighborhood and village of the Gördes area and the population living in these areas will be evaluated in detail. Also by emphasizing Idelik Nomads, known as "Elliciler" and were unregistered in awarid registers, their rates within the population will be revealed.This study, which is based on the book in question, aims to be one of the studies on the awarid registers in the specified period and to give information about the Gördes township. In addition, it is aimed to provide a small contribution to the history of the city by determining the neighborhoods and villages of the Gordes in 1642 and revealing the population status. 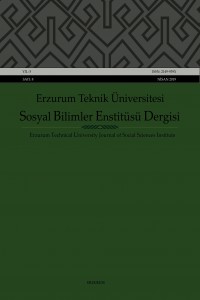