In this study, it was aimed to investigate the relationship between  their attitudes towards sports and life satisfaction of students at Ataturk University. A three-part questionnaire was used in the study. In the first part, questions about the participant's demographic characteristics are asked; in the second part the Sports Attitude Scale, which is developed by Şentürk H., (2014), In the third section “Life Satisfaction Scale” developed by Diener etal (1985), and adapted into Turkish with validity and reliability by Köker ve Yetim (1991), were used.  The questionnaires were applied to students studying at Ataturk University University in the academic year of 2018-2019 a total of 270 students,167 males and 103 females. 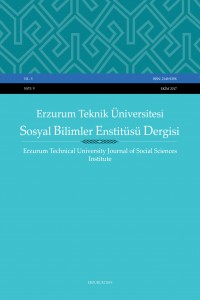