THINKING ON ANIMALS: AN ALTERNATIVE PARADIGM

Animal studies are giving a new perspective to the social sciences in recent years. This new perspective basically argues that the age of humanism has ended and the posthumanist age has started, and by this new perspective it aims to recover the damages that humans gave to the nature and the universe. Animal studies, which re-examine the cultural accumulation about animals with a non-human centered point of view, desire the acceptance of animals as independent subjects. Animals who have been subjected to all kind of maltreatment under the domination of humans for centuries are also disappeared in the cultural studies. Despite they are a part of the nature we live in and have rights on the universe as well as humans, their rights have been neglected, and they suffered oppression increasingly parallel to the development of industry and technology. In this paper, it is discussed how animal studies, which emerged as a reaction to the Western modernization process that contains extremely negative experiences against animals, can be evaluated with an alternative point of view in Eastern thinking. Thus, the potentialities of animal studies, which present a new perspective to Western thinking, as an alternative paradigm within Eastern-Islamic thinking are discussed.

Animal studies, human, animal, anthropocentrism, the noblest of all creatures 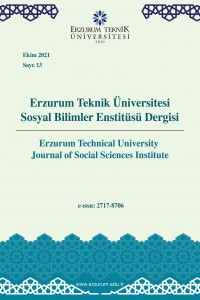