Totalitarianism is a significant concept not only on political but also on social and cultural grounds. Totalitarian regimes, which aim to exercise total power over citizens, are generally portrayed in dystopian works. Perhaps, one of the most known and read dystopias of this kind, Nineteen Eighty-Four by George Orwell has influenced and inspired many other similar works through its powerful criticism of an absolute political authority. One such work is the movie V for Vendetta directed by James McTeigue, being based on the graphic novel of the same name by Alan Moore and David Lloyd. The movie, like Nineteen Eighty-Four, depicts a dystopian future making a similar totalitarian rule its focus point and raising questions about ruling systems. With regard to totalitarianism, Oceania of Nineteen Eighty-Four is ruled by simply-called Party led by Big Brother while the ruling party Norsefire in V for Vendetta is headed by Adam Sutler. Taking into consideration such similarities, this study aims to put forward totalitarian systems of the two works concerning such elements as party, ideology, surveillance, secret police, propaganda and resistance. 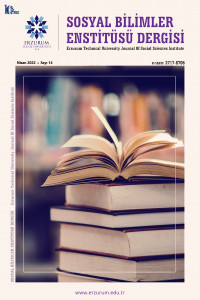