The trouble of reducing induction system deposition has afflicted the refining market periodically given that
the very early twenties when thermal breaking started to be utilized. Control of the deposit-forming properties
of types of gasoline by ingredients as well as via methods techniques ended up being a crucial component of
petroleum handling, and also it has played an essential function in enabling the development in fuels that have
been so required for today’s high-compression engines. During the period from the early twenties to the
present, the problem has varied considerably in severity and in the manner in which it has been manifested.
The initial surge of trouble associated with thermal cracking was eliminated first by chemical processing and
finally by the use of additives. This occurrence of the problem was almost entirely attributed to preformed
gums, which frequently exceeded 50 mg per 100 ml. With the advent of catalytic cracking, stability problems
were made more complex by the introduction of new types of hydrocarbons and larger quantities of
nonhydrocarbon constituents, particularly of the oxygenated type frequently referred to as acid oils. These
compounds gave false indications of stability in accelerated tests and for a time were considered to be
beneficial as oxidation inhibitors. For this reason, the caustic treating processes used for sulfur removal were
designed so that these compounds were allowed to remain in the finished gasoline. In the introduction part of
the review, the issues of determining the effect of the residue in gasoline on the channels through which
gasoline passes are discussed. In the second part, the effect of commercial antioxidants on the combustion
stability of gasoline is examined. Determination of new methods and features related to future methods by
examining the researches carried out today. The most important topic was the part where the effects of
gumming on engine accents and other parts of gasoline during combustion are explained. 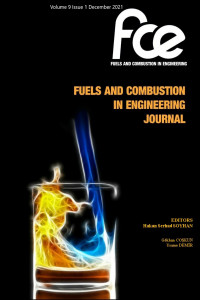