Gazi Journal of Economics and Business

Foreign Trade as the Engine of Economic Growth: The Case of NAFTA Countries

Today, as globalization is gradually increasing, countries have entered into intense competition. One of the most important issues for countries in such an environment is the factors affecting the economic growth. Undoubtedly, foreign trade ranks first among the factors affecting economic growth. Because foreign trade allows countries to gain additional earnings. Another issue that has become increasingly important is the economic integration, which is the liberalization of trade at the regional level. Today there are many economic integrations established for different purposes. NAFTA's economic integration was established to increase trade and investment among member countries. In this study, the relationship between trade and growth in NAFTA countries in the period of 1995-2016 was analyzed by dynamic panel data model. In 2010, the share of trade in GDP was taken as the constant variable in the Gross Domestic Product and Trade. After the logarithm of the variables were taken, dynamic panel data analysis was applied to the 1st difference series. Levin, Lin and Chu, Breitung, Im, Pesaran and Shin tests and Pesaran kuşaks CADF test, which is one of the second generation tests, were applied to the variables used in the study. Then Arellona-Bond dynamic panel data analysis was performed. According to the results of the analysis, it was found that there is a positive relationship between foreign trade and economic growth in NAFTA countries. 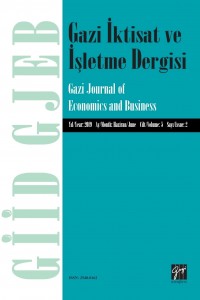