Vienna in the 19th Century and Otto Wagner

In this study, the life and works of Otto Wagner, being a representative of the Art Nouveau movement in Vienna after the Industrial Revolution, will be examined. It is understood that his works, designed under various functions throughout his career, made a great contribution to the apperance of Vienna at 19th century.

In the nineteenth century, Vienna was heavily under industrialization and urbanization process, being one of the fastest growing cities in Europe. Franz Joseph decided that modernization of Vienna required the demolition of its medieval fortifications. The design of Ringstrasse in its place falls to the early years of Otto Wagner’s career. Although he designed a few monumental and historicist buildings on Ringstrasse, in the later years, Wagner adopted the functionalist style, in accordance with the technological achievements of the age. Wagner was succesful in major competitions. As a result, he started to work on development plans of Vienna Wagner’s designs combined technical and constructional functionality with high aesthetic values. Façade of his Majolica House shows his relation with Viennese Secession founded b y his students, which he joined later in 1899. With his works like Post Office Savings Bank and Church at Steinhof, he gained importance on European Architecture around 1900’s. 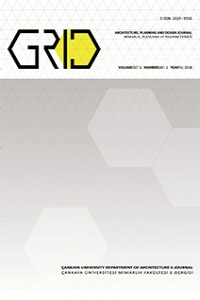