In this study, studies conducted in the last 10 years in psychiatric disorders with virtual reality and augmented reality application were examined. Studies done so far; The psychiatric disorder studied, the equipment used, the number of people participating in the study, the database in which the study was scanned, and the results of the studies were evaluated according to the criteria. Studies using disease-specific questionnaires include 30% of all studies. In some studies, it is seen that physiological parameters are also used. Studies using physiological parameters correspond to only 10% of all studies. The practices carried out are to reduce the symptoms brought by the disease and to increase the quality of life by helping to eliminate the disease conditions of the people. Approximately 77% of the studies were carried out in the field of virtual reality and 23% in the field of augmented reality. Based on the articles examined within the scope of the study, some deficiencies in virtual reality and/or augmented reality applications in psychiatric diseases were identified. For example, whether the applications made have a disturbing effect on the users should be determined by using the SSQ questionnaire. In addition, the auditory parameters as well as the visual parameters that make up the virtual environment should be used effectively in this process. It has been observed that among the studies in the literature, the positive or negative effects of auditory parameters on users are not mentioned. It is considered that it will be beneficial for studies to examine the effect of auditory elements in the use of virtual reality environment. 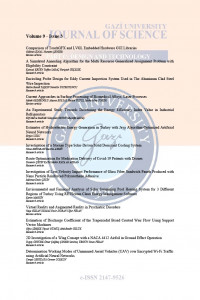