Determination of biocontrol capacity of endophytic bacteria to the secondary spread of Clavibacter michiganensis subsp. michiganensis in tomato

Endophyte bacteria (EB), is a subgroup of plant growth-promoting bacteria (PGPB) living in plant tissues, has an important potential in controlling plant diseases. In this study, it was aimed to determine the effects of four different EB isolates on controlling the bacterial cancer and wilt disease caused by the Clavibacter michiganensis subsp.michiganensis (Cmm), and on plant growth. EB suspensions with a density of 108CFU/mL were applied to tomato seedlings grown in peat/perlite mixture by drenching method twice. The suspension of Cmm at a density of 108 CFU/mL was applied by rubbing with piece of cotton to the third compound leaf of the seedlings 48-hours after the second EB application. The studies were carried out in a climate room with 40-60% humidity at 24±2°C and 14-hours of light/10 hours of darkness. The disease severity, which detection by 0-4 scale, plant growth parameters and chlorophyll content were determined on seven weeks after the pathogen inoculation. In in vitro studies, three of the four EB were observed to limit the growth of the pathogen. These isolates were also determined to limit the development of the disease caused by Cmm in vivo pot studies. T2K2-1 isolate was the most successful isolate with 40% effect, followed by V30G2 andT14K1 isolates with 17.5% and 15.5% effects, respectively. Although there were differences between EB, it was observed that they contributed positively to plant growth parameters. While an increase was observed in the number of leaves in seedlings treated with T2K2-1 and V35Y1, this effect was not observed under disease pressure. There was no significant difference between the treatments in terms of plant height and chlorophyll content. EB used in this study were limited to disease development caused by Cmm by different biocontrol mechanisms, and positively affected plant growth. Therefore, EB can help reduce the use of pesticides and synthetic fertilizers in tomato production. 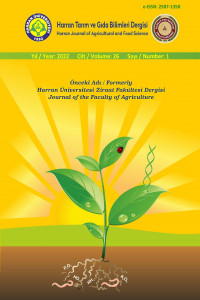