Hepatitis C is a liver disease caused by infection with the hepatitis C virus (HCV), which is transmitted through the blood. The disease can lead to diseases ranging from a mild form to serious lifelong illness. Studies to detect the disease early and reduce its effect are continuing. This study proposes an effective support vector machine model supported by principal component analysis for detecting hepatitis c disease. The dataset consisted of twelve independent variables, each containing 582 samples, and these variables were used as inputs to the two classifiers, support vector machine (SVM) and artificial neural network (ANN). The accuracy, sensitivity, specificity, MCC and KAPPA were calculated using two classification models. In addition, performance comparisons of classifiers were made for the two cases with and without PCA (principal component analysis) applied to the inputs. The highest accuracy (98.7%), sensitivity (99.1%), specificity (95.2%), MCC (92.3%) and Kappa (92.3%) in the binary class label were obtained with the SVM with PCA. In the four-class label, the highest accuracy was achieved with the same model with 95.7%. The results show that an SVM classifier model, in which PCA-reduced independent variables are applied to its inputs, may be a candidate for an accurate prediction model to predict hepatitis C disease. 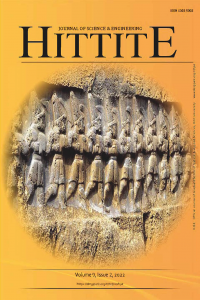