Aim: This study aimed to determine the birth satisfaction, and mother-infant bonding level of women in the early postpartum period and its affecting factors.
Method: The research is descriptive, and the sample of the study consists of 556 women in the early postpartum period who gave live birth in a hospital in Burdur province. The data of the study were collected by using the Socio-demographic Characteristics Form, Birth Satisfaction Scale (BSS), and Mother-to-Infant Bonding Scale (MIBS). The data were collected by the researchers between 15 March-15 August 2019 through face-to-face interviews at suitable times for the women.
Results: Of women in the early postpartum period, 45.9% were within the age range of 26–34 years. It was determined that 97.1% were satisfied with the mode of delivery, and 29.5% defined the birth as a fearful experience. The mean DME score of the women was 3.41 ± 1.88, and the mean ABBÖ score was 98.07 ± 6.39. There was no correlation between MIBS and BSS scores of women. The birth satisfaction of women who were married had a vaginal birth and evaluated the birth experience as happy was found to be significantly higher. It was determined that the mother-infant bonding levels of women who became pregnant intentionally and gave vaginal birth were significantly higher.
Conclusion: In the present study, birth satisfaction levels and mother-infant bonding levels were moderate and high, respectively, in women in the early postpartum period. 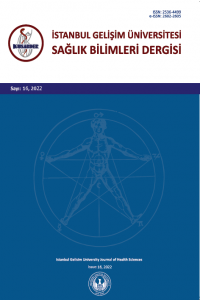