Aim: Pons is an important posterior fossa structure that contains vital centers. It is essential to know the average morphometric measurement values of the pons in the early diagnosis of developmental and acquired diseases of this structure.
Method: Our study was conducted in a healthy pediatric population. There are four age groups: 0-2 years (infants), 3-6 years (young children), 7-11 years (children), and 12-17 years (adolescents), and 50 women and 50 men from each age group. Brain magnetic resonance imaging (MRI) examinations, clinical examinations, and follow-ups of these cases were evaluated as normal. The MRI examination was obtained from the Philips Achieva MR device with a 1.5 Tesla magnetic field strength.
Results: Pons area and pons craniocaudal (CC) length increased with age in both genders. On the other hand, the pons anterior-posterior (AP) diameter increased significantly until the 7-11 age group, and then this increased rate decreased and became a plateau. When the genders were compared, the pons area was significantly larger in males than females in all age groups except the 7-11 age group. Pons AP diameter was significantly greater in the 0-2 age group in the males than in females. Pons CC length was significantly greater in the male gender in all groups except the 3-6 age group.
Conclusion: This study is essential in the morphological development of the pons and the differences in this structure between the genders. The data obtained in this study may help the differential diagnosis of posterior fossa pathologies in routine clinical practice. 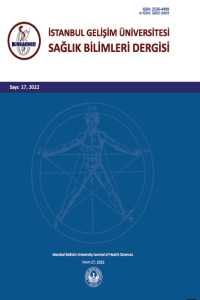