Seeking for Equality in Online Games: The Poor Peasant against the Black-Hearted Rich Man in Minecraft YouTube Series Content

In recent years, it is observed that generally addiction and cyber bullying subjects have been prominent in the studies about the relationship of internet usage with young people. This study aims to approach the subject in a different context. For this reason, Minecraft, which is a computer game that places the young generation in an active position in terms of producing new media content and attracts attention all around the world, has been selected as a sample. In this study, Minecraft’s rich and poor content, which is also the scope of the study, in the video sharing website YouTube Turkey was studied through the structural narrative analysis method. The new media, which plays an important role in the process of activists' creating public opinion on a specific issue, is in the position of the transmitter of the content which especially young users create for class representation in the form of rich-poor. When the content built by the users, in which there is an ongoing struggle against the rich with an emphasis on the black-hearted rich, was examined, it was noted that the identity of the poor is oppressed by the rich and that the ensuing resistance by the poor is transmitted through these contents. 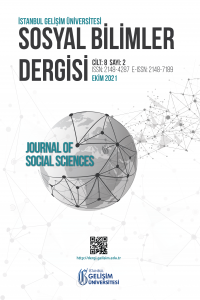