Today’s Islamic societies are on the test with two mentalities. The first is the Salafī discourse, which expands this area by reading life through Shirk (polytheism) and Bid‘ah (innovation) with the claim of rebuilding authentic and pure Islam, referring all cultural forms and belief values, outside the narrow framework they have determined, to the two concepts in question. Secondly, it is, however, the Modernist discourse that cannot come out of the vicious circle, while reading the Qur’ān, the first main source of Islām, and partly the Sunnah of the second source, on the one hand, through rational, scientific and secular concepts, on the other hand, it tries to legitimize these concepts through these two sources. Both movements agree on two points: The first is the acceptance that Muslims are in serious crisis of thought, and secondly the Qur’ān and Sunnah have principles to solve problems. However, sometimes they implicitly and sometimes explicitly say that tradition is an obstacle though seriously opposed to it. In particular, they see the cultural forms produced by Muslims as obstacles before Islām and target such practices. These movements are unaware of the fact that the religion cannot survive without producing its own culture. On the other hand, the lack of method of both movements leads to greater problems. While the Salafī opposition to imitation is unaware of the fact that it accepts a selective imitation in tradition, the modernists take a reactionary stance against the imitation of the tradition and leads towards the Western imitation. While both movements are united at the same point, they are in a clear contradiction. This article aims to reveal their codes of thought, contradictions, the points where they meet, and the value of the tradition and cultural forms they target. 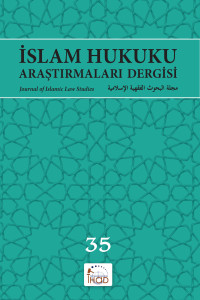