Multidrugresistance is an important factor limiting the effect of chemotherapy on cancer treatment. Disorders of drug transport and apoptosis, deterioration of redox homeostasis are among the main mechanisms that lead to multidrug resistance. The aim of this study was to determine the effect of 5-FU on GST isozymes, drug resistance proteins and apoptotic proteins before and after 5-Flourouracil application on DLD-1 colon cancer cell line. The cytotoxic effect of 5-FU was measured by WST-1test and, the efficiency of drug application was, also, proved by double staining via Hoechst 33342 with Propidium iodide. Next, the expression levels of GST isozymes, drug resistance proteins and apoptotic proteins were determined by immunocytochemistry. The cytotoxic effect of 5-FU at different doses on DLD-1 colon cancer cell line was determined by WST-1 method. MRP-2, 3, 6, 7 of drug resistance proteins; GSTA1, GSTM1, GSTT1, GSTZ1, GSTK1 and GSTO1 of GST proteins; bcl-2, caspase-3, p38, and p53, which are apoptotic proteins, have higher expression in the drug-treated DLD-1 cell line. GSTS1, MDR-1 and MRP-1expressions were not immunocytochemically different. It was determined that there is a direct correlation between the level of cytotoxicity and applied drug concentration. The cytotoxic effect of the drug increased with the increase in the dose of the drug. In this study, as first in the literature, the expression levels of some apoptotic markers, GST isozymes and drug resistance proteinswere evaluated togetherand except GSTS1, MDR-1 and MRP-1, they were all upregulated with respect to the control group after 5-FU administration. 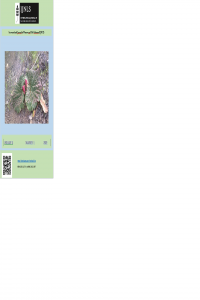