The sports fans like to talk about sports before the games during the games and after the games. Mostly the sports fans talk about the starting fives, in-game substitutions and the critics of the game performances and the game results. The fantasy sports give the opportunity to people to create and manage their roster. Fantasy sports games point coming from real game data. The fantasy game players have to select the players that can reach the best statistics of their actual games. In this study, the 2017-2018 Euroleague Fantasy Challenge Game’s most selected 80 players performance index ratings from the Euroleague data are examined. For the statistical analysis, the IBM Spss Statistics 25 programme is used. The results show that 14 players in the PG-SG position were ranked first with an average of 14.36 performance index rating. Twenty players who played in the center position took the second place with 12.53 performance index rating while the 11 players who played in the PF position took the third place with 12.26 performance index rating. 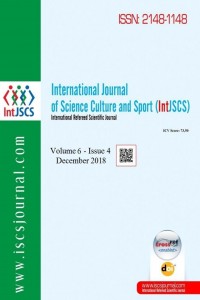