Diversity components are explained with different concepts, approaches, and methods. Biodiversity conservation in specific areas of rich plant species
diversity and endemism rate in Turkey is significant enough to be managed sustainably. Identifying biodiversity at different scales is one of the most critical
steps before implementing protection measures. In the Mediterranean region, plant species are in danger due to various factors: expansion of urban areas,
rapid population growth, and fire. Against these threats, it will be a useful initiative to focus on areas with diverse species and to give priority to conservation
in these regions. In this study, plant species diversity was calculated with the alpha (α) and beta (β) biodiversity indices, using data collected from fieldwork
in the two river valleys, Kargı and Karpuz. The Shannon–Wiener index (αH) was used for alpha species diversity, and Whittaker’s index (βw) was preferred for
the beta diversity index. As a result, the areas with the least alpha diversity in the Karpuz River valley are the source and the upper course of the river and
the areas with the highest diversity are the lower and middle courses. Beta diversity is high in the upper course and less in the lower and middle courses
where anthropogenic activities are dominant. In contrast, in the Kargı River valley, alpha and beta diversity is low in the middle part and more in the upper
and lower courses. For all plant species diversity of the two valleys, Whittaker’s gamma diversity index (γ) was used and the Kargı River valley was identified
as the priority area for conservation. 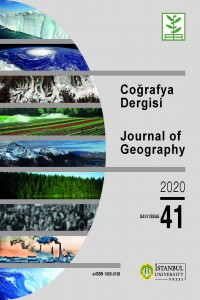