Ecotourism has become a significant notion for people and tourism sector after UNWTO announced year 2002 as “World Ecotourism Year.”  Human being has been damaging nature and ecosystem since the very first day he discovered fire. With years passing by, advancing technology and using more chemicals than ever before have increased this destruction level. Mankind always used the nature as if it’s a never-ending source but people recently realized that even nature itself has a limited rejuvenation ability, which may need centuries, and some damages done may be almost irreversible. One of the ways for helping nature is ecotourism.  This study contains examination and research of ecotourism attitude that brought into life in 2006 in Büyükkonuk, which is in Karpaz Peninsula of North Cyprus. Besides that, Ay Phodios (quest house), which is the best example of this ecotourism approach and guest house concept in Büyükkonuk, is examined in terms of using space and ecological materials used in it. One of the focus points of the study is how inhabitants of Büyükkonuk benefited from ecotourism, what did ecotourism contributed to the region and intended use of ecotourism-friendly buildings in Büyükkonuk. In the century we are living in, the countries which raised their awareness about sustainable tourism realized that; it may only be provided by being in step with a natural and fertile environment, while considering negative impacts of the possible developments on this environment, started to take precautions. Still, it’s questionable if these precautions are enough or not. Both in urbanization and structuring, preserving green spaces and keeping the balance of ecological balance has a lot of importance for our society and future generations. 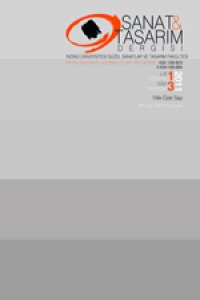