Journal of Economics and Financial Researches

International trade is a key component of world economy and much more liberalized relatively to the past. Attaining today’s level, there has been challenging periods of standstills, stagnancies, recessions and depressions. The pressures of trade liberalization gave impetus to economic integrationist tendencies. Accordingly, Turkey accelerated Free Trade Agreements (FTAs) in the aftermath of EU Customs Union accession. Among the concluded ones, the extensive nature of the Turkey-South Korea FTA is particularly noteworthy. Therefore, the present study analyzes whether the FTA had an impact on Turkey’s trade with South Korea by co-integration analysis of foreign trade data (2009–2018). According to the statistical results, FTA had no significant effect on Turkey's exports, while increasing the imports. These results were interpreted in terms of changes in the demand structures as foreseen by the theory of Similarity in Preferences. 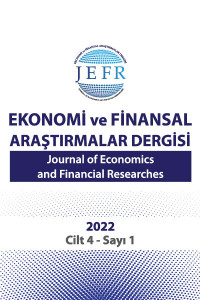