THE MAIN FOCUS OF THE REFERENDUM TEXTS IN TURKEY: HUMAN RIGHTS OR PUBLIC ADMINISTRATION?

Referendum texts provide important data on the constitutional and political culture of countries. In general, the texts used in constitutional amendment referendums can provide information on whether the priority of the country in question is, as expected, “human rights” or “public administration.” This study attempts to find an answer to the question of which of the two issues is the focus of referendums in Turkey’s political history. In this qualitative study, in which the methods of document analysis, content analysis, and data coding are used together, the material consists of the wordings in the five constitutional amendment laws submitted to the referendum. The results show that although human rights and the limitation of power form the basis of the constitutional philosophy, issues of public administration related to the organization and activities of the state play a greater role in the referendum texts in Turkey. 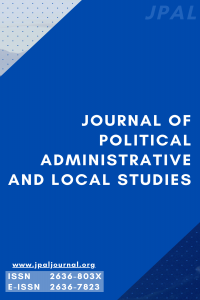