An Evaluation on the European Super League

The purpose of this research is to evaluate the proposed European Super League. In the research, the case study design based on the qualitative research method was used. In the research, the clubs and leagues that recommend the European Super League were examined. The clubs that propose the European Super League are among the top 20 clubs in Europe in terms of income, the broadcast contract fees and match values are at a much higher level than other clubs, most of the club owners are private individuals and they are managed as a company. found to be distributed. As a result, the top 12 clubs in Europe acted with the idea of increasing their income, these clubs did not want to share the financial return with clubs and organizations with relatively lower incomes, they did not want to allocate resources indirectly to the development and support of European football, and it was a purely for-profit company. It is understood that they intend to act as In the research, it has been concluded that this formation should never be allowed, considering that even if it is supported temporarily, it may not receive the necessary attention in the long run, it can deal a significant blow to European football, and the result of football turning into a financial income tool cannot be accepted. In this context, it is recommended that all football stakeholders act in cooperation, implement the legal regulations that will prevent this and similar formations, and support all steps to be taken within the scope of protecting and strengthening European football. 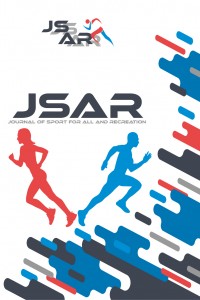 Articles published by Journal for All Sports and Recreation is licensed under the Creative Commons Attribution-NonCommercial 4.0 International License.