Influence of rice husk ash substitution on some physical, mechanical and durability properties of the metakaolin-based geopolymer mortar 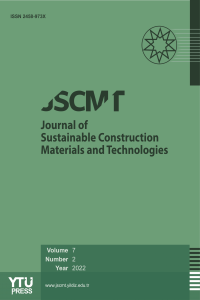 Journal of Sustainable Construction Materials and Technologies is licensed under a Creative Commons Attributio 4.0 International License.

Based on a work at https://dergipark.org.tr/en/pub/jscmt