The air, which is of vital importance for human and other living creatures to survive, must have a certain quality. Depending on various reasons, the air quality decreases at different places and times and the air can be polluted. Especially with the industrial revolution, the problem of air pollution started to affect people first locally and then globally. With the industrial revolution and the development of technology, the rapid population growth, intense and unplanned urbanization, the great increase in the number of motor vehicles and the developments and changes in land use made people's lives easier, and they also faced serious problems in terms of environmental problems. Parks and green areas that allow breathing in the city can prevent these problems to some extent. In our study, the city of Şanlıurfa, which has desert areas and alluvial fields in its close vicinity and reached peak values in certain periods in terms of the amount of particulate matter, was used. In the city of Sanliurfa, green areas and parks with different characteristics have been preferred in the central districts (Haliliye-Eyyübiye-Karaköprü). Particulate matter measurements were carried out at 09:00 in the morning and 15:00 in the afternoon in these areas. Particulate matter measurement was made with CEM DT-9880 device in 6 dimensions. As a result of the measurements made, it was determined that the highest amount of particulate matter was experienced in the Ottoman promenade area of Eyyübiye district in the measurements made at 09.00 and 15.00. It has been determined that the lowest amount of particulate matter is in the Karaköprü recreation area in Karaköprü district. In addition, it has been determined that the amount of particulate matter is high in the parks and green areas along the main road. 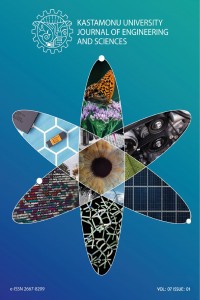