In places and times where the climate is not comfortable for people, people have adapted their clothing habits according to the situation and developed heating and cooling systems in their buildings and cars. On the other hand, until the last century, research on climate comfort remained in the form of philosophical description rather than experimentation. The studies in the last century, on the other hand, remained mostly local, seasonal/spatial continuity and difference have just begun to take their place in the literature. This deficiency in the literature creates an obligation for academics interested in the subject to work on this subject and produce examples. It is aimed to determine the areas where climate comfort is suitable or not for human life and activities in Muğla province and its surroundings. For this purpose, climate data for the period 1975-2017 of 9 meteorology stations were obtained from the MGM in the province. These stations were digitized transferred in the CBS environment using by GIS. The transferred data were interpolated with the Co-Kriging method using the seasonal elevation factor. Thus, temperature and humidity substrates were obtained. By calculating Thom's temperature-humidity index with raster data created by interpolation, seasonal and spatially continuous felt temperature values were produced. The calculated values were classified according to the Temperature Equivalent Psychology scale and the seasonal and spatial determination of the climate comfort. The relationship between climate comfort and land cover/classes was determined. 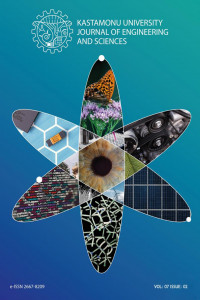