INCOME INEQUALITY AND THE NEED FOR NEO-PUBLIC INTERVENTIONISM: COMPARISON OF U.S. AND EUROPE

Historical data show that income inequality has been steadily increasing since the 1980s. In fact, income inequality has reached the level of the early 20th century in many countries, especially in the USA. The main reason for this trend is the neo-liberal understanding. With neo-liberal policies, the economic sphere has distanced itself from the public/political sphere and intervention, and has gained so-called autonomy. On the other hand, the increase in income inequality, which is universal, appears in different forms and levels in the USA and Europe. The basis of this differentiation lies in the role of the state in economic and social life. Despite all contradictory discourses, facts and statistics indicate that the state is still an important tool in reducing income inequality. When the income inequality of the European countries and the USA are compared, the importance and necessity of the social state becomes concrete. 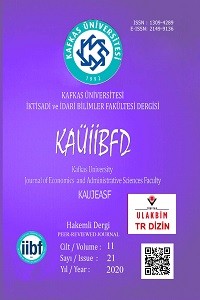